Do You Really Have 267 Friends? 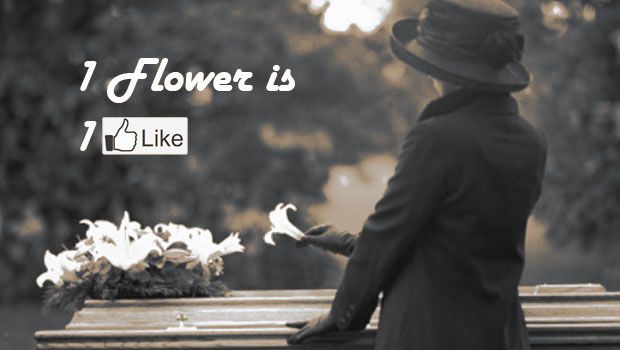 The Upanisads describe two friendly birds sitting on the same branch of a pipal tree. One of them is wise and sits silently. The other bird is busy tasting the various fruits offered by the tree. Although this bird tastes a variety of tastes sour, bitter, sweet, etc. he is never satiated and is always tormented by hankering and lamentation. The wise bird, meanwhile, is watching this bird, hoping that one day he would be successful in turning the attention of the other bird towards him. It is like the wise bird sending tweet after tweet, so he can attract the mind of his friend.

Why doesn’t the other bird respond? Well, to begin with in contemporary sense, he is busy sending and checking emails, updating his Facebook account, sending tweets about watching the glorious sunset with his select chums, etc. I sometimes wonder, Do I really need those 267 friends? Can I really count on those 267 friends? Can they count on me? Tough questions indeed.

I must admit this: One thing that I look forward to doing every morning is opening my Inbox. Oh!! The sheer pleasure of feeling connected, wanted, important (at least to some), desirable is indescribable. All these emotions and more come to the surface just by pressing a few keys on my keyboard. Today at least one message is inviting me to join some social networking group. Someone has added me as a friend Oh did you mention friend? That’s what life is meant for isn’t it? Having lots of friends and sharing joy and happiness with them. Won’t the world be a lovely place if the entire six billion plus people were members of Facebook and just sent nice pictures and greetings and invites to socializing sites. How nice if this was for real.

So what is reality, then?

Today more and more people are complaining that their enjoyment is split between the technological impulse to capture everything digitally and send it to their friends, and the more delicate human need to be in the moment. It is simply not enough to have a nice holiday you have to capture everything in a video and upload it on YouTube in order to share it with the whole world. One can almost feel the compulsion, the divided attention, the multitasking that has permeated our personality.

Researchers call this Variable Interval Reinforcement Schedule, or in plain English, the uncontrollable impulse to check email, tweets or Facebook every now and then. The hustle we develop as we struggle to keep up with the pace of digital information has produced a restless, anxious way of engaging with the world.  A study by the University of California, San Fransisco, in April 2011, concluded that constant multi-tasking gradually erodes short-term memory.

And interruptions are a massive problem, taking anything up to 20 times the length of the interruption to recover.

One author has coined the term “the vanishing family trick”. What seems like a perfectly ordinary family gradually dissolves away to screens in different corners of the house.

Today’s’ digital dream has no real centre. The amazing friendships and memories gained have been gained almost by accident. All that technology allowed us to do was find those people faster.

Time to step back, become less entranced by the tools and the urge to connect. And examine the true worth of the connection.

Another problem, particularly with being so electronically available, is that friendships that would naturally wither with time are artificially sustained. No one really has 267 friends.

One person cut his number of “friends” on Facebook down to fifty recently and got some angry emails about how that wasn’t much of a friendly thing to do. His reply: “From people I live 6,000 miles away from and haven’t seen in person in over three years LET ME GO.”

How did we fall for this marketing ploy?

The trick is simple. The screen mimics/plays to the alertness of the hunter. Just as the cat’s attention is seized by every blade of grass that twitches in the wind, so our eyes are involuntarily drawn to anything that moves; the idle passivity and substitution of reality that the television/digital age has brought is a magician’s trick performed by monster corporations driven by an automatic urge to growth.

It’s power at the touch of the button, but it’s all just a set of remote controls, it’s the thing which I always wanted when I was a kid, a remote control car, but when I got it I found out repeatedly how empty, how unsatisfying it was. The digital age peddles aimless stories with endless hooks but no resolutions.

We are becoming under-individualized people sharing low-intensity experiences. We hardly feel a calming, deepening, strengthening interaction. There is no deep absorption, no focused connection, just flitter-flutter.