End of the world Predictions 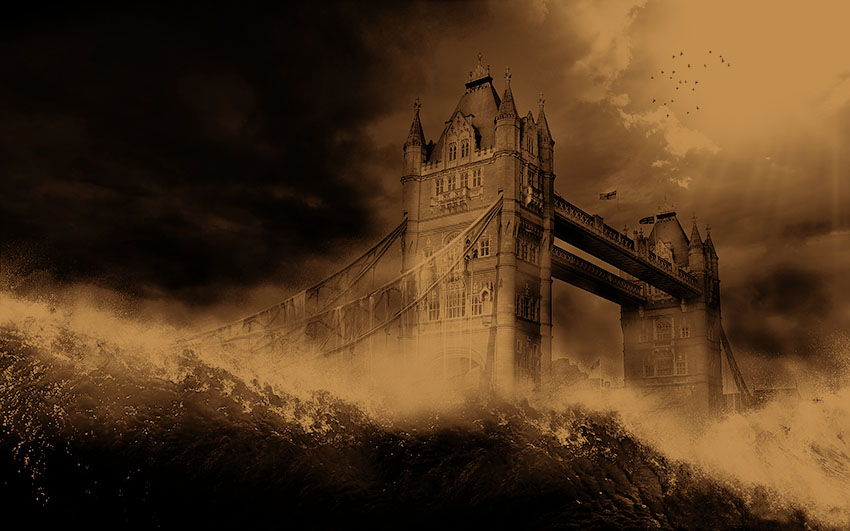 According to some calculations the world was supposed to end on the 20 December 2012 (20-12- 2012)!It was a Mayan (old South America) theory. Perhaps the numbers arranged in this fashion had something to do with this prediction. Anyway, if you are still reading this in the New Year 2013 then it is obvious that the world did not end. 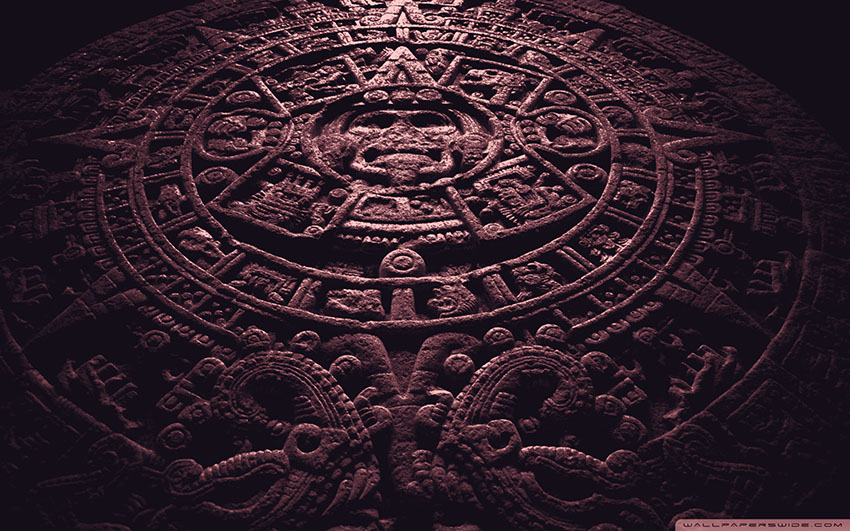 And you are ready to face the daily grind in your specific part of the cosmos. 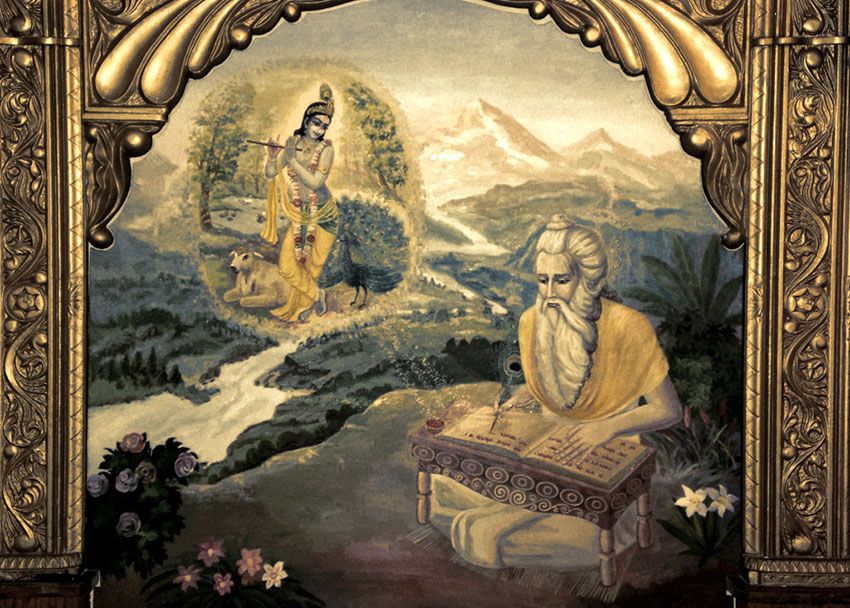 Talking about predictions, the Vedas are pretty clear about what is certainly going to be our lot in this particular age. The great sage Vyasadeva recorded a number of predictions in his Srimad-Bhagavatam, the essence of all Vedic knowledge. In a previous article written for this magazine Ravindra Svarupa Dasa described this event: “In his meditation, Vyasa sees a future of unrelieved horror unfold before him. He sees Kali-yuga, the age of iron, begin and bring with it universal deterioration. The decay is so deep-rooted that matter itself diminishes in potency, and all our food progressively decreases in quality as well as quantity. Vyasa sees the effects of chronic malnutrition on generation after generation; he watches it gradually diminish their span of life along with their brain power; no one can escape the progressive drop in intelligence and ability to remember.

The harassment of hard times upon an increasingly witless populace hastens its moral and spiritual decline. People begin to slaughter animals for food; they become more and more enslaved by drugs; they lose all sexual restraint. These habits further their physical and mental deterioration. Vyasa watches them sink deeper and deeper into sensuality and ignorance. Families break up, and women and children are abandoned. Increasingly degraded generations, conceived accidentally in lust and growing up wild, swarm over the earth. Leadership falls into the hands of unprincipled criminals who use their power to loot the people. The world teems with ideologues, mystagogues, fanatics, and spiritual bunko artists who win huge followings among a people dazed by social and moral anarchy. Unspeakable depravities and atrocities flourish under rhetoric of high ideals.

Vyasa sees horror piled upon horror; he sees the end of everything human; he sees the gathering darkness engulf the world.” 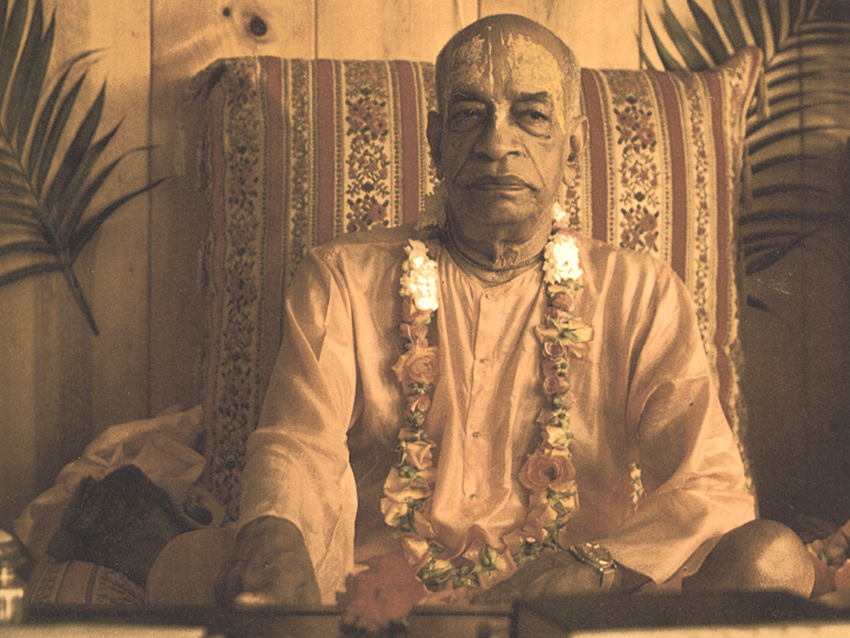 Srila Prabhupada also writes: “Just contrary to the principles mentioned here, the presidents and chief executives in the age of Kali are simply tax collectors who do not care whether religious principles are observed. Indeed, the chief executives of the present day introduce all kinds of sinful activity, especially illicit sex, intoxication, animal killing and gambling. These sinful activities are now very prominently manifested in India. Although a hundred years ago these four principles of sinful life were strictly prohibited in the families of India, they have now been introduced into every Indian family; therefore they cannot follow religious principles. In contrast to the principles of the kings of old, the modern state is concerned only with propaganda for levying taxes and is no longer responsible for the spiritual welfare of the citizens. The state is now callous to religious principles.

“Srimad-Bhagavatam predicts that in Kali-yuga the government will be entrusted with dasyu-dharma, which means the occupational duty of rogues and thieves. Modern heads of state are rogues and thieves who plunder the citizens instead of giving them protection. Rogues and thieves plunder without regard for law, but in this age of Kali, as stated in Srimad-Bhagavatam, the lawmakers themselves plunder the citizens. The next prediction to be fulfilled, which is already coming to pass, is that because of the sinful activities of the citizens and the government, rain will become increasingly scarce. Gradually there will be complete drought and no production of food grains. People will be reduced to eating flesh and seeds, and many good, spiritually inclined people will have to forsake their homes because they will be too harassed by drought, taxation and famine.

“The Krishna consciousness movement is the only hope to save the world from such devastation. It is the most scientific and authorized movement for the actual welfare of the whole human society.”

In the midst of all this gloom and doom there is also a ray of hope. In the previous century a great vaishnava acharya named Bhaktivinoda Thakura made three predictions concerning a person and a phenomenon. “A personality will soon appear,” wrote Bhaktivinoda Thakura, “and he will travel all over the world to spread the teachings of Lord Caitanya.”

His second prediction: “Very soon the chanting of hari-nama-sankirtan will be spread all over the world. Oh, when will that day come when people from America, England, France, Germany, Russia will take up karatalas and mridangas and chant Hare Krishna in their towns?” 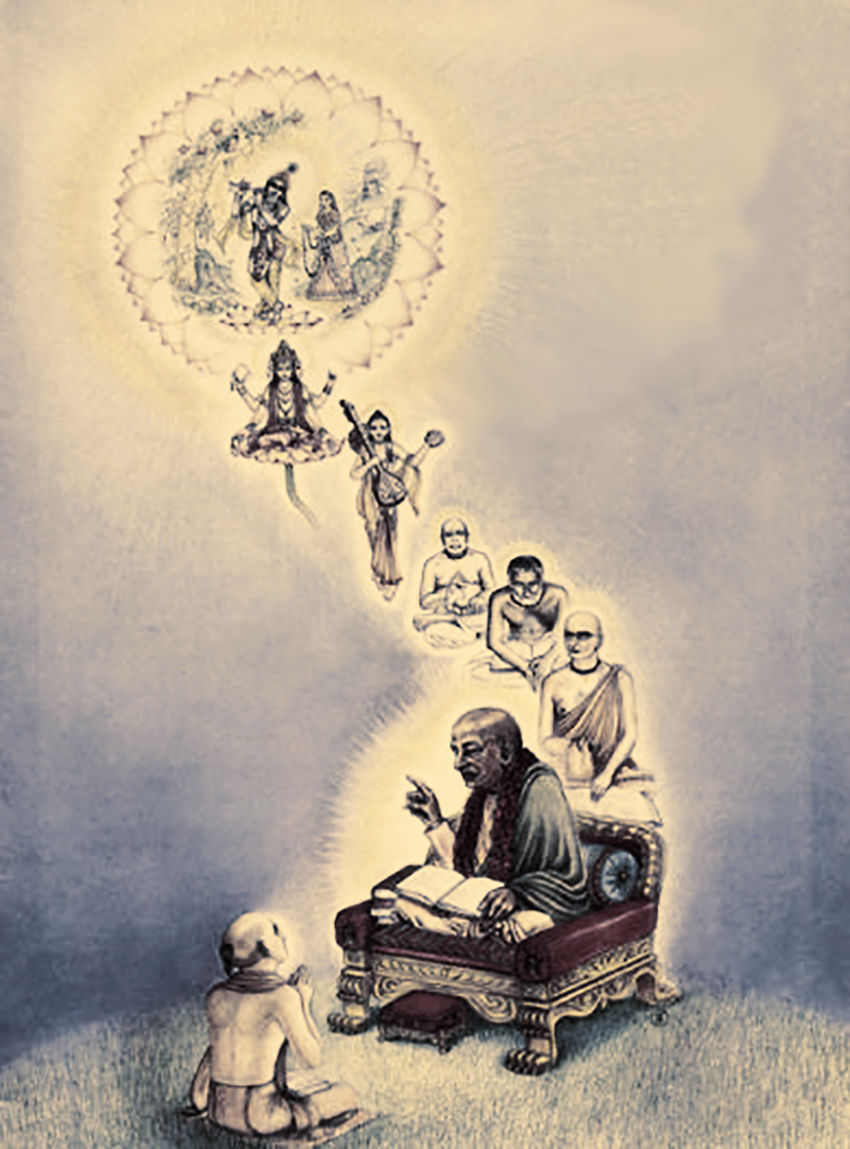 Srila Prabhupada said it’s spiritually significant that he himself appeared in 1896, the same year Bhaktivinoda Thakura sent his book overseas. The will of Lord Caitanya, the desire of Thakura Bhaktivinoda, and the mercy of Srila Sarasvati Thakura empowered Srila A.C. Bhaktivedanta Swami Prabhupada to spread Sri Caitanya’s teachings and the chanting of Hare Krishna all over the world. Srila Prabhupada fulfilled the Thakura’s three predictions!