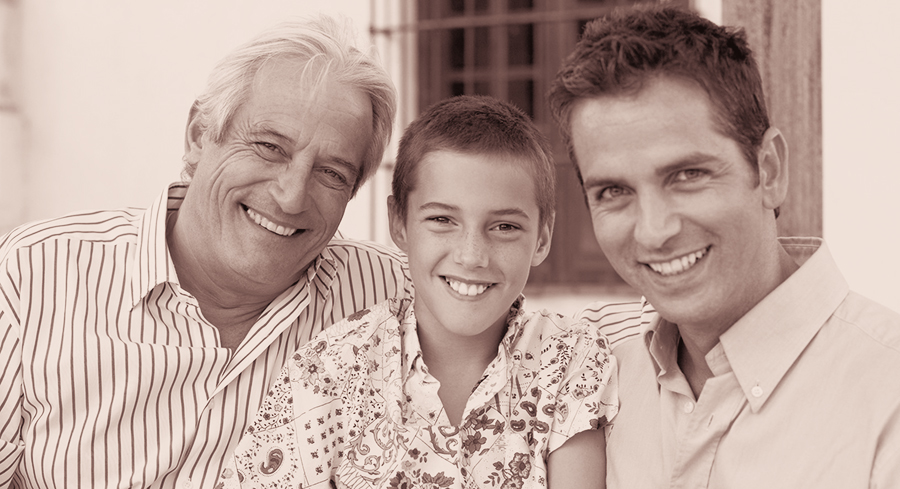 It was quite a remarkable sight: a small boy standing beside his middle aged father, and his elderlygrandfather standing next. For some reason, I found this sight interesting. It evoked some philosophicalthoughts in me.

A few decades ago, the same grandfather was also a small kid, running and playing around. He thengrew up, fathered a child and took responsibilities. And now the same person has grown older and iswitnessing the activities of the latest generation.

What’s so great about this? One may wonder; everyone passes through these stages. That’s part of life.But even though it’s part of life, most of us fail to perceive one very important principle: the immutableimperishable spark of consciousness that enlivens the body. The body, as we see, is continuously changing-from boyhood to adulthood to old age. The mind and the intelligence of the person alsochange. With time, one grows physically, mentally and intellectually. But all throughout, the person’s identity remains the same one retains the same name and other personal detailsal most always..

Faced with this information, a thoughtful person starts thinking: Who is the real person is it the body orsomething beyond it? Does everything finish at death with the end of the body, or do we continue toexist in some form or the other? If yes, what determines our new body?

The process of accepting a new body is known as reincarnation. The Bhagavad-gitti explains this phenomenon in great detail. Dehino ‘smin yatha dehe kaumaram yauvanam jara/ tatha dehantara-
praptir: “As the embodied soul continuously passes, in this body, from boyhood to youth to old age, thesoul similarly passes into another body at death.” (Bg. 2.13) The consciousness that animates the body is known as the soul. When the body dies, the soul gets a new body according to its thoughts and activities of the previous life.

The Vedic scriptures give us ample examples to illustrate this phenomenon. One such instance appears in the fifth canto of Srimad-Bhagavatam that describes the story of King Bharata.

King Bharata, after retiring from active politics, went to the forest to achieve self-realization. While practicing penance and austerities, one day, he came across an infant deer whose mother had passedaway after giving birth to it. Being soft hearted, King Bharat brought the deer to his hermitage and raised it. As time passed his attachment to the deer grew so much that at the hour of death he lefthis body thinking of the deer. As a result, he became a deer in h is next life. In the body of a deer,however, he remembered his previous situation and regretted losing the opportunity of a human birth to perfect his life. He therefore remained alert and started associating with saintly people in order toadvance in spiritual consciousness. Upon leaving the deer’s body, Bharata was again awarded the human birth, and this time he was known as Jada Bharata. As Jada Bharata, he was extremely cautious not toget entangled in useless attachments. He instead focused completely on the name, form, glories, and activities of the Supreme Personality of Godhead and, at the end of his life, achieved perfection by goingback to Godhead. 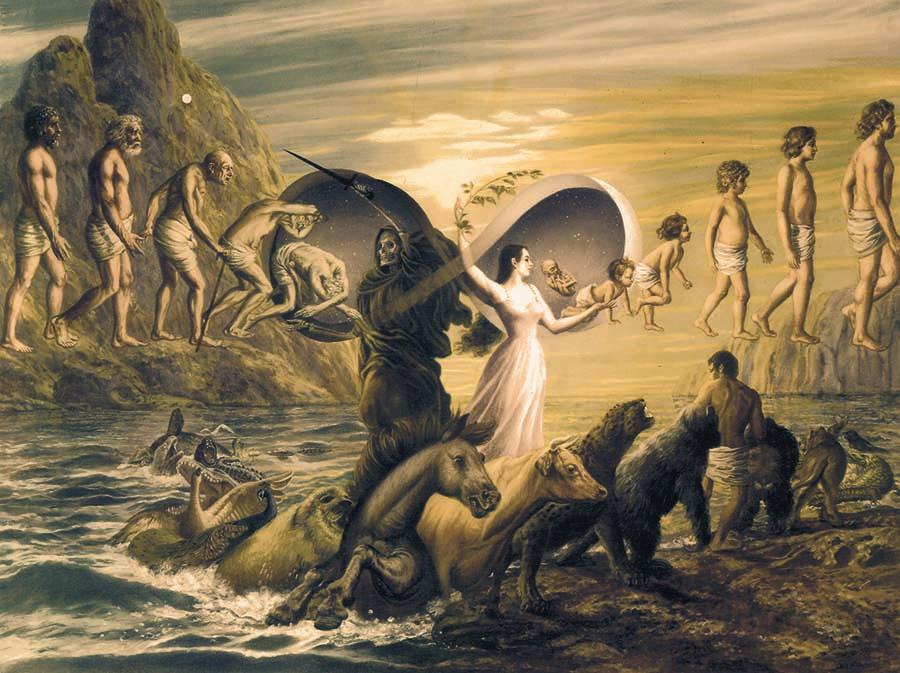 Thus we see that the body is like a dress that we change regularly. The person, or the spirit soul, is the consciousness that animates it. The body can also be compared to a machine that is operated by anoperator. But unlike the dead machine, a live body can perform the activities of thinking, feeling, and willing. That is due to the presence of the soul. Once the body is worn out and unfit for the soul, the soulpasses onto a new body.

Once in a new body the initial few years are of complete dependence on parents for survival. The childhood is a period of complete ignorance about the reality of life, and adulthood is spent trying toenjoy various pleasures in life. The child thinks he can enjoy a carefree life for eternity, while the moderneducated adult remains completely oblivious to the dark realities of old age and eventual death. And theold man helplessly keeps dragging along until he receives the final blow.

The Mahabharata (Vana-parva 313.116) says, ahany ahani bhutani gacchantfha yamalayam/ sesahsthavaram icchanti kim ascaryam atah param: “Hundreds and thousands of living entities meet deathat every moment, but a foolish living being nonetheless thinks himself deathless and does not prepare for death.” The Vedic scriptures therefore enjoin that one should take to spiritual life immediately. One should no longer be forced to accept new bodies but should get our of this cycle of birth and death once and for all.

Mukunda Mala Dasa has a degree in electronics and telecommunication and serves full time in lSKCON Mumbai. He is part of India BTG team and teaches Krsna consciousness to students.y